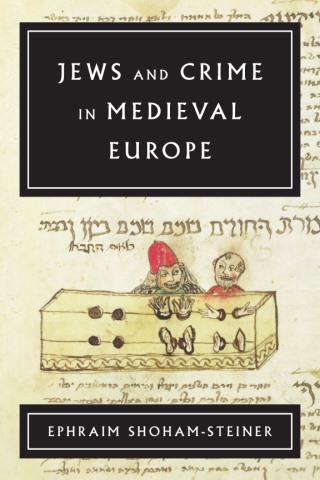 Jews and Crime in Medieval Europe

Jews and Crime in Medieval Europe is a topic laced by prejudice on one hand and apologetics on the other. Beginning in the Middle Ages, Jews were often portrayed as criminals driven by greed. While these accusations were, for the most part, unfounded, in other cases criminal accusations against Jews were not altogether baseless. Drawing on a variety of legal, liturgical, literary, and archival sources, Ephraim Shoham-Steiner examines the reasons for the involvement in crime, the social profile of Jews who performed crimes, and the ways and mechanisms employed by the legal and communal body to deal with Jewish criminals and with crimes committed by Jews. A society’s attitude toward individuals identified as criminals—by others or themselves—can serve as a window into that society’s mores and provide insight into how transgressors understood themselves and society’s attitudes toward them. The book is divided into three main sections. In the first section, Shoham-Steiner examines theft and crimes of a financial nature. In the second section, he discusses physical violence and murder, most importantly among Jews but also incidents when Jews attacked others and cases in which Jews asked non-Jews to commit violence against fellow Jews. In the third section, Shoham-Steiner approaches the role of women in crime and explores the gender differences, surveying the nature of the crimes involving women both as perpetrators and as victims, as well as the reaction to their involvement in criminal activities among medieval European Jews. While the study of crime and social attitudes toward criminals is firmly established in the social sciences, the history of crime and of social attitudes toward crime and criminals is relatively new, especially in the field of medieval studies and all the more so in medieval Jewish studies. Jews and Crime in Medieval Europe blazes a new path for unearthing daily life history from extremely recalcitrant sources. The intended readership goes beyond scholars and students of medieval Jewish studies, medieval European history, and crime in pre-modern society.

Ephraim Shoham-Steiner: Ephraim Shoham-Steiner is professor of medieval Jewish history at Ben-Gurion University of the Negev in Be’ersheva Israel, where he is the director of the Center for the Study of Conversion and Inter-Religious Encounters (CSOC). He is the author of On the Margins of a Minority: Leprosy, Madness, and Disability among the Jews of Medieval Europe (Wayne State University Press, 2014) and the editor of Intricate Interfaith Networks in the Middle Ages: Quotidian Jewish-Christian Contacts.